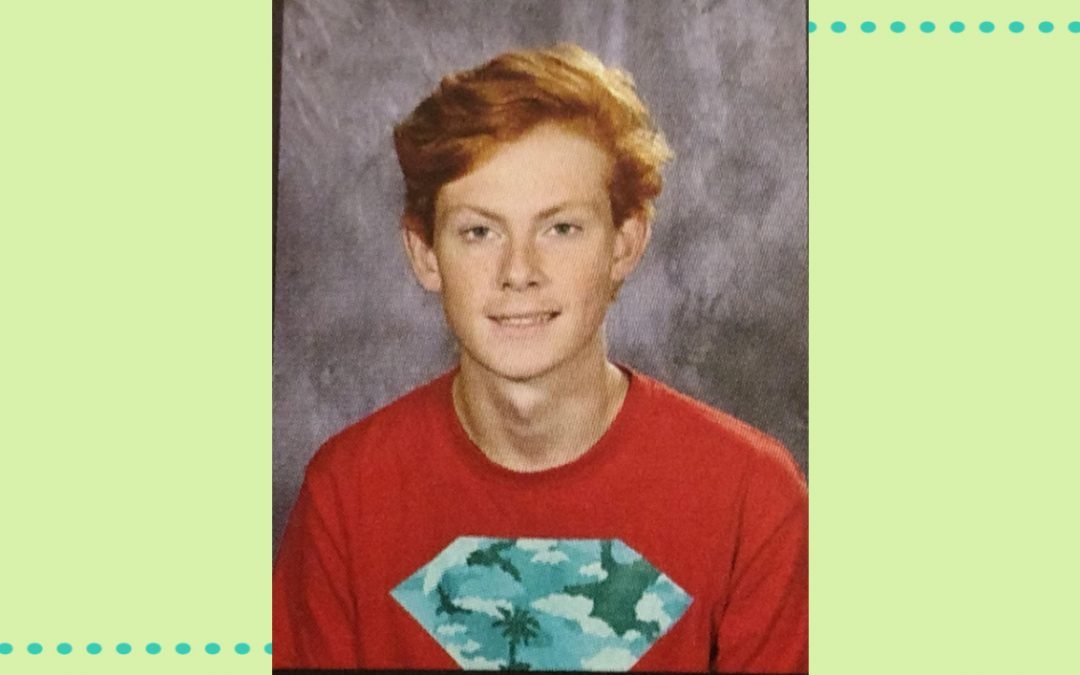 My heart is broken. I taught my son that peer pressure is dangerous and that action is never justified because someone else said it was “okay.”

Less than one year ago I received a parent’s worst nightmare at my front door: a Police Officer informing me Henry had been in a horrific car crash. He died a 16-year-old junior at Ludington High School, full of potential. No father should ever have to bury his son. The cause? Recreational marijuana.
How It Happened

It was the evening of October 6, 2017 (homecoming night!). Henry was at the home of a 19-year-old young man, “dabbing”, which is the use of an inhaler to breathe marijuana into your system, making it extremely potent.

This 19-year-old took videos of my son Henry both while he was dabbing and also after he passed out; he then let Henry get into his car to drive home. Apparently, Henry passed out again, only this time behind the wheel. Driving through a stop sign, he hit a semi-truck. He would die a few hours later. And my life has never been the same.

You can imagine my agony as my state now faces a decision on the November ballot on whether or not to legalize the very drug that took my son. I implore Michigan voters: please vote no to legalizing recreational marijuana in Michigan.
Marijuana is Too Accessible

When someone loses a child, you ask yourself, “how can I honor his legacy to make sure this never happens again to someone else’s child?” Some people have said, “if it was legal it would mean less trouble in the world.” Those who make that argument are short-sighted, basing their rationale on their own desire and not on facts or responsible judgment.

Medical marijuana is already legal in Michigan but its use is already being abused. This ballot initiative addresses recreational marijuana, allowing every adult in a home to have up to 12 plants. Can you imagine how accessible it will become to children?! In spite of parents’ best efforts, when a dangerous substance is that easily within reach (often cloaked in gummy bears and brownies), children and teenagers will find access. By making recreational marijuana legal – this will increase abuse on this dangerous drug, not curb danger.

It is not helpful to point fingers at those who have lost someone and suggest we are to blame as parents. On top of poor choices, Henry made that night, this substance was way too accessible and acceptable to the people in this community.

We must do all we can now and in the future to empower law enforcement and the justice system to address those who are using it irresponsibly in our communities. To make it legal, will make their jobs all the harder. Facts show that very few in Michigan are in prison because of marijuana use. Let’s not open the door to unnecessary problems like recreational marijuana flooding our streets and homes more than it already is. Please, as a state, let us NOT lift the regulations on a dangerous substance just to make it more convenient. Your children are too important to make recreational marijuana more accessible.

I know first hand that talking to those who are for legalizing recreational marijuana is a waste of time: one excuse leads to the next. I am not interested in rationales, or unsubstantiated claims. I lost my son because of his misuse of this terribly misrepresented drug. I am interested in truth and in protecting other parents from having to experience the pain I felt, and still feel.

I would do anything to go back in time and keep my son from going to that house that fateful night. In the same way, I want to do all I can to keep the canary in the cage when it comes to legalizing this poison. Please share my story, tell your neighbors who are not aware, inform your churches and your social clubs, make sure the coaches and teachers are educated and make sure your teenagers know about my Henry and the dangerous drug that took his life.

Together, we must tell others so we can be informed and responsible citizen voters on Tuesday, November 6, 2018. Please, Michigan – say NO to recreational marijuana before it’s too late.

The high school paid honor to Henry MacDougall, too. Here’s another article in which Gordon speaks out on behalf of his son.

This article first appeared in Healthy and Productive Michigan website.